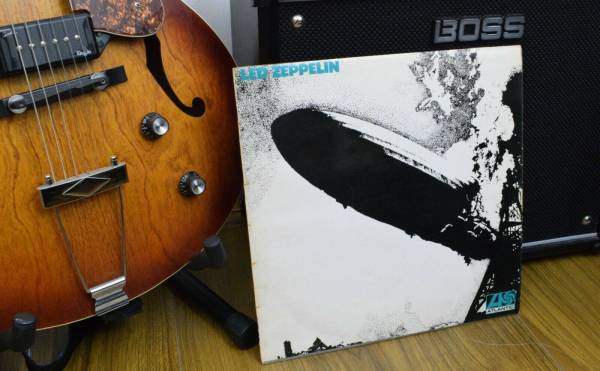 Led Zeppelin - The much sought after Turquoise Debut 1st Pressing from 1969 - thought to be around only 500 printed before it was changed
Superhype Music / Jewel Music Mistake instead of Atlantic Records
Uncorrected Matrix - I did my best to take a picture of each side (see last 2 pics) but was hard to get the lighting right
588171 A//1 1 1 1 0 588171 B//1 1 5 5 (the last 5 is a smaller one like 'to the power of')
This was my Dads LP. He did most of his record buying in the Sixties and some in the early Seventies. His collection of about 150 vinyls stayed in the attic ever since and I know he would not of played this Vinyl in at least 30 years as we never had a record player in the house.
Based on the Record Collector grading scale I would put it the Vinyl itself at Very Good/Good and the Sleeve at Good
Will be packaged carefully and sent Special Delivery signed and tracked.
Thanks for looking
EddOn 18-Oct-20 at 21:29:42 BST, seller added the following information:

Due to being messed around last time please pay within 24 hours of winning. Thanks