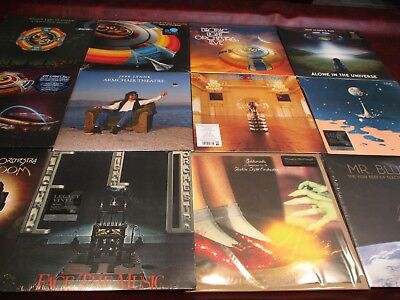 - Electric Light Orchestra LIMITED EDITION VINYL LP
Electric Light Orchestra's 1971 debut album is an astonishing creation in its own right, but neophyte listeners should be aware that it bears very little resemblance to the sound for which ELO would become known on its subsequent records. No Answer, as it ended up being called in America through a miscommunication with ELO's U.S. label, is a minimalist work by comparison with anything on the band's later albums. The core trio of Roy Wood, Jeff Lynne, and Bev Bevan, augmented by one horn player and a violinist, approaches the music alternately like a hard rock band attacking a song and a string ensemble playing a chamber piece. Filled with surprisingly loose playing and sounds throughout, and with a psychedelic aura hovering over most of the music, No Answer is unique in ELO's output. Written and sung by Lynne, '10538 Overture' is the opener and the best song on the album. Wood's 'Look at Me Now,' by comparison, plays like a sweet, melodic follow-up to 'Beautiful Daughter' from the Move's Shazam, with some digressions on the oboe and a cello and violin subbing for the guitars. The rest moves from period-style popular songs to strangely cinematic conceptual pieces, on which the rock elements almost disappear in favor of quasi-classical playing by all concerned." — All Music Guide

Electric Light Orchestra Zoom, remastered and expanded 2 LP COLORED VINYL LIMITED EDITION SET
As the creative force of Electric Light Orchestra and as a singularly accomplished producer, singer-songwriter and a key collaborator with some of the most illustrious names in rock history, Jeff Lynne has been making global music history for most of his life.
Now comes three new remastered and expanded vinyl editions from the ELO/Jeff Lynne solo catalog. Each is a double LP 140-gram colored vinyl release. Featuring Armchair Theatre (blue), Zoom (white) and Electric Light Orchestra Live (red).
Electric Light Orchestra has sold more than 50 million records worldwide. Between 1972 and 1986, Lynne wrote and produced 26 Top Forty hits in the United Kingdom and 20 Top Forty hits in the United States, including 20 Top Twenty smashes in the U.K. and 15 Top Twenty hits in the U.S. The group's 1971 debut was titled No Answer due to a miscommunication on a telephone about what the album would be called.
Zoom was the follow-up of Balance Of Power in 2001. Besides Richard Tandy, Jeff's friends Ringo Starr, George Harrison and Jeff's daughter Laura Lynne contributed on this album. Bonus tracks are "One Day" and "Turn To Stone." In 2004 "One Day" was recorded. "Turn To Stone" is from the live PBS Show in 2001. "Long Black Road," the extra song on the 2001 Japanese release of Zoom is not included.
SIDE ONE
Alright
Moment In Paradise
State Of Mind
Just For Love

Side 4
One Day *bonus track

Electric Light Orchestra Jeff Lynne's ELO Alone in the Universe 180 gram limited edition LP
180 GRAM Vinyl LP! 1st Album In 15 Years!
After a long hiatus, ELO'S first album of all-new songs in nearly 15 years will be released November 13th. Though the harmonies that helped make the band one of the biggest selling acts of the '70s aren't as abundantly layered here, "When I Was A Boy" is vintage ELO, with Lynne's signature chord progressions, string flourishes and a wistful but infectious melody. The last Electric Light Orchestra album was 2001's Zoom, which featured some of George Harrison's final recordings. The group has essentially been Lynne's solo project for most of its lifespan, and now, under the name Jeff Lynne's ELO. Lynne is among the most storied names in music history having created the hit group ELO, and serving as a founding member of the Grammy Award winning supergroup The Traveling Wilburys. He has produced and collaborated with The Beatles, Roy Orbison, George Harrison, Paul McCartney, Ringo Starr, Tom Petty and Joe Walsh. At the time of ELO’s formation, Lynne had said the goal was to create modern rock and pop songs. A goal that remains true some 30 years later with the creation of new material.
Features:
• 180g Vinyl LP
Selections:
Side A:
1. When I Was a Boy
2. Love and Rain
3. Dirty to the Bone
4. When the Night Comes
5. The Sun Will Shine on You
Side B:
6. Ain't It a Drag
7. All My Life
8. I m Leaving You
9. One Step at a Time
10. Alone in the Universe
The Electric Light Orchestra Time Numbered Limited Edition 180g LP (Clear Vinyl)Numbered Limited Edition Clear 180 Gram Superior Audio Quality vinyl!The 9th studio album from ELO was released in 1981. Time is a concept album about a man from the 1980s who has been taken to the year 2095 where he is torn by the advantages of technological advancement versus his longing for past romance.The album shows a departure from the band's sound by emphasizing electronics over its usual orchestra. The album produced 4 singles including "Hold On Tight", "Twilight", "Ticket To the Moon", "Rain Is Falling", and "The Way Life's Meant To Be".Features:• Numbered Limited Edition• Superior Audio Quality• 180g Vinyl• Clear Vinyl• Mastered from the Original Analogue SourcesSelections:
Side A:1. Prologue2. Twilight3. Yours Truly, 20954. Ticket To the Moon5. The Way Life's Meant To Be6. Another Heart BreaksSide B:1. Rain Is Falling2. From the End of The World3. The Lights Go Down4. Here Is the News5. 21st Century Man6. Hold On Tight7. Epilogue
The Electric Light Orchestra ELDORADO IMPORT Limited Edition 180 GRAM LP -  180-gram audiophile vinyl
Insert included
To pick up where "I Am The Walrus" left off. That was the goal when Electric Light Orchestra formed in the early 1970s.
They wanted to steep different music styles in a rock tradition and mix in some Beatlesque pop, but it took Jeff Lynne & co until their third album Eldorado to get on the right track. Their most ambitious album to date, they decided to hire a 30-piece orchestra and choir to fill out their sound, and the investment paid off.
With the unforgettable "Can't Get It Out Of My Head" as the lead single, Eldorado was a commercial as well as a critical success, and it would achieve gold status in the US. "The English guys with the big fiddles" had arrived!

Side 2
1. Poker
2. Strange Magic
3. Down Home Town
4. One Summer Dream
E-BAY STORE.  FOR YOUR INDIVIDUAL SOUL SELECTIONS - INDIVIDUAL TITLE INFORMATION OR INDIVIDUAL PURCHASE JUST HIT THIS STORES TAB >. & TYPE IN  ELO INTO THE SEARCH FIELD WITHIN OUR STORES SECTION AS YOUR PERSONAL CODE FOR ALL  INDIVIDUAL TITLES + INFORMATION WILL APPEAR  FACTORY SEALED LP - High definition vinyl pressing for superior fidelity. The nicest thing you can do for your stylus and ears. The ultimate record – the way music was meant to be heard.You should never pass up the opportunity to upgrade your collection. They're each very limited in their pressings and disappear with extraordinary quickness from the vinyl market. This causes prices to skyrocket because once they are gone, they are gone forever! Don't second-guess yourself with this chance to upgrade your collection because before you know it, the opportunity will have passed forever.
International Buyers – Please Note:
Import duties, taxes, and charges are not included in the item price or shipping cost. These charges are the buyer's responsibility. Please check with your country's customs office to determine what these additional costs will be prior to bidding or buying. Note: It's illegal to falsify customs declarations or mark an item as a "GIFT" or mark item at a LESSER VALUE in order to avoid customs fees
INTERNATIONAL BUYERS NEED TO BE AWARE OF THE CUSTOM'S TAXES IN THEIR OWN COUNTRY AND KNOW THEY (AS THE BUYER) ARE RESPONSIBLE FOR CUSTOMS TAXES.
FACTORY SEALED OUT OF PRINT PRODUCT is IRREPLACEABLE and therefore NOT RETURNABLE.
USA SHIPPING:   We box/package protectively – Ship UPS Ground/Insured within Continental USA – Hawaii/Alaska by mail.  We accept PayPal ONLY WITH CONFIRMED SHIPPING ADDRESS
INT’L SHIPPING: Because of Postal Regulations in following countries -- U.K. (England, Ireland, Wales and Scotland), SOUTH AMERICAN COUNTRIES, QATAR, PHILIPPINES, SRI LANKA, ISRAEL, RUSSIA, MEXICO and MALTA – AT CHECKOUT, MUST CHOOSE EXPRESS SHIPPING ONLY  We box/package protectively for safe world-wide shipping.  When accepting PayPal, ship ONLY BY PRIORITY MAIL/FULLY INSURED OR EXPRESS MAIL FULLY INSURED –
International Buyers are responsible for their country’s Customs Fees.
Check out Mymusicfix for additional Audiophile Vinyl by hitting “ME” OR the Mymusicfix STORE tab on the Title Purchase Page to view our current items up on E-Bay.
Mymusicfix has been told we have the best collection of Rare, Out of Print music collectibles on E-Bay.  DOLP 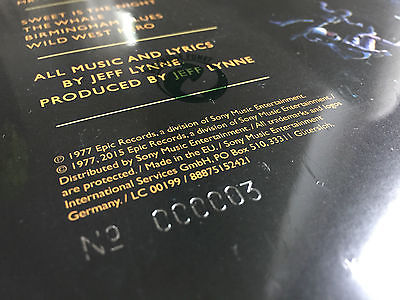 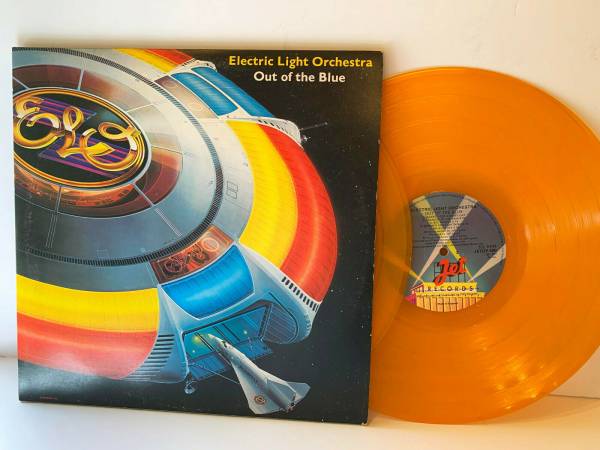 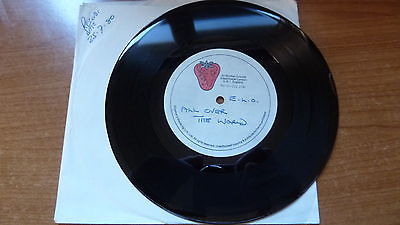 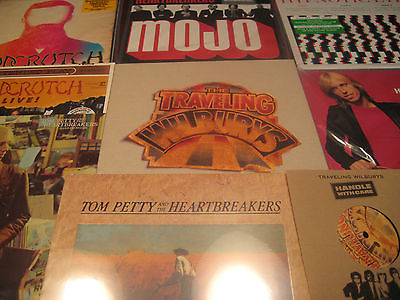 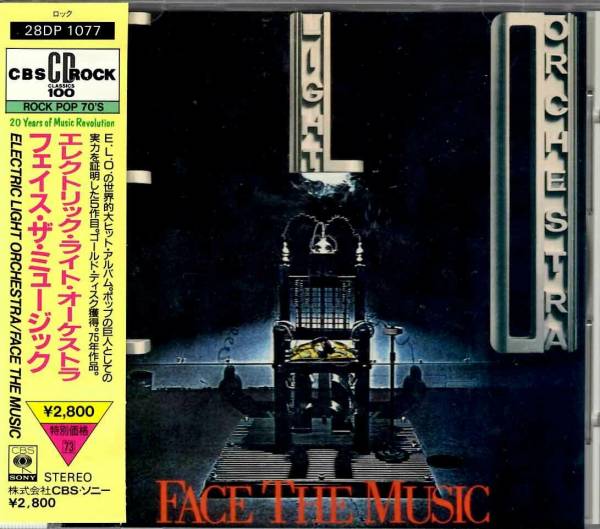 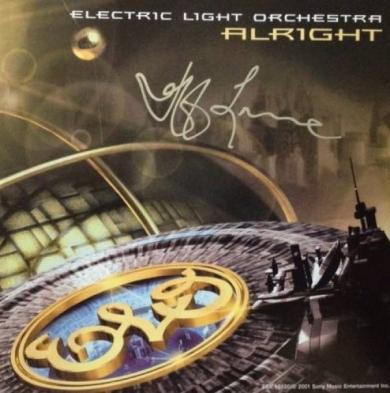 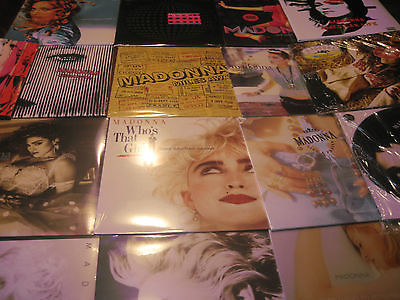 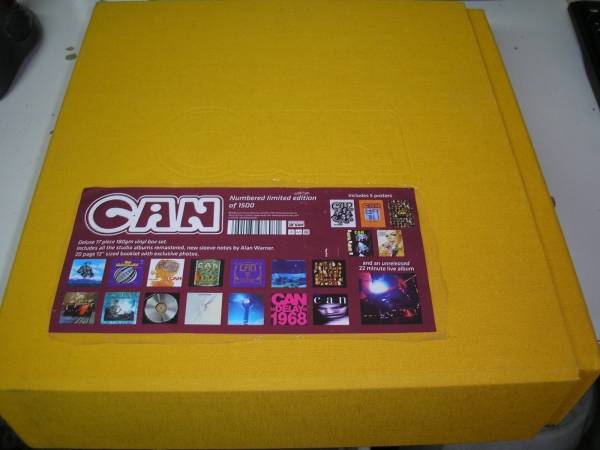