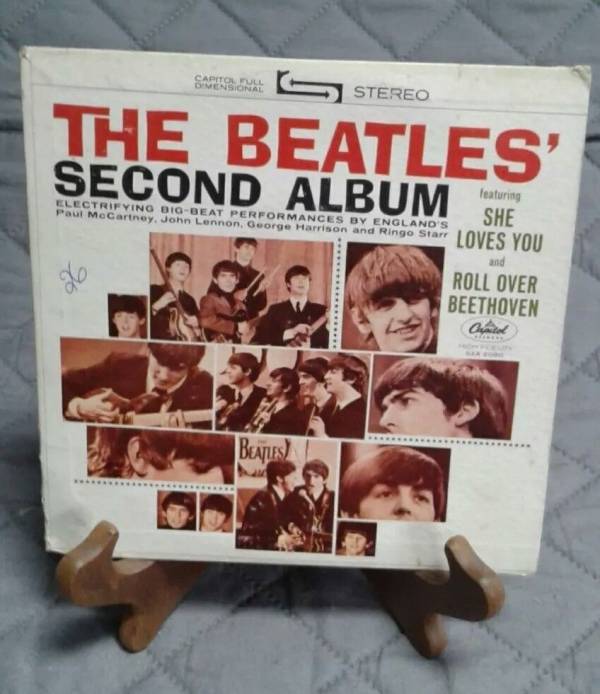 This is an original 1964 Beatles - The Second Album - played at 33rpm this 7" (45 sized) record was extremely short-lived disc format of the early 1960s.  The format was used primarily for mono and stereo singles.

Released by Capitol Records and recorded in England, the 33rpm records for jukeboxes gave way to the 45 single when that took over the market a bit later. Produced by George Martin.  Each disc contained six songs that Capitol Records considered the album's best. This record has recently been played to ensure there are no defects.

The second Beatles compact 33 disc was issued for THE BEATLES SECOND ALBUM in Stereo Only and has six tracks from the LP.

Record Condition : There are some light surface marks to be seen but the sound is superb and grading this as Very Good.
Label : Near Mint, there is slight play wear and personal small sticker #26.
Original picture sleeve or cover has slight storage wear at corners and normal fading.

Will ship out immediately with insurance after PayPal receipt. Thank you for looking.