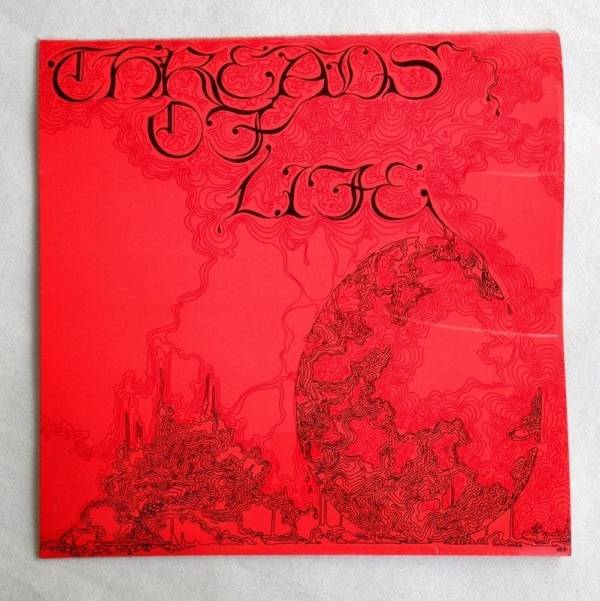 You are bidding for the very rare Threads of Life album by the band Alco (vinyl and original cover). The album was released in 1972 and was recorded in the University of Surrey mobile studios.  I believe this was a private pressing and therefore few copies of this album exist.

The description of the album on the back cover reads:-

“Threads of Life evolved as a result of the group Alco being involved in a concert containing both rock and classical music. The idea of jutaposing these different idioms was novel, but not as exciting as the decision to amalgamate the two in a new work to consist of a coherent cycle of three songs. Existing original material by the group was used as a base onto which additional material was superimposed for the orchestra which here includes saxophone, six timpani, amplified harpsichord, and synthesiser. Both the group and orchestra are heard sparately as well as together and climactic sections are contrasted with passages for solo display. Although the scoring of a work for rock group and orchestra is by no means a new idea, previous attempts have often resulted in the two forces remaining separate. We hope you will enjoy our combined attempt at such a synthesis”.

The Album credits the itchen Orchestra conducted by Jonathan Palmer and the Itchen College Barber Shoppers.

Condition:- The vinyl is in good condition with a good sheen. The cover is in good condition, but please note the clear laminate was applied with two creases on the front, which is a manufacturing flaw and not damage. The creases are only on the clear laminate and not on the cardboard. I am not a specialist or expert on vintage vinyl and therefore will welcome any questions or queries, you may have. Please message me.

I am selling more interesting antiques and collectables please check out my other items!

Shipping prices are as follows