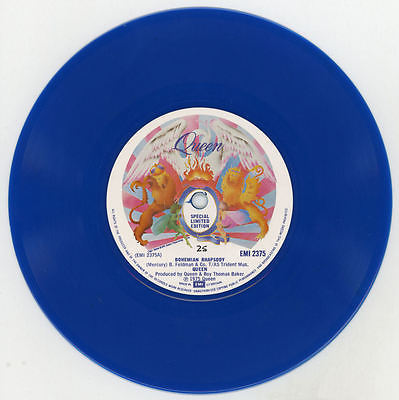 Item Description An extremely rare Queen Bohemian Rhapsody/Iâ€™m In Love With My Car 7â€ EMI limited edition in house blue vinyl single that comes in the original purple picture sleeve. This single was produced in 1978 and it is number 25 of only 200 copies ever pressed. Both the single and sleeve are hand numbered â€˜25â€™ in black pen.

The vinyl is in excellent condition
The labels are in near mint condition
The sleeve is in very good condition. It has some minor creases to the corners, slight wear to some areas of the edges and some light ring wear.

EMIâ€™s then general manager Paul Watts decided to press the single in extremely limited quantities to commemorate EMIâ€™s International Division winning the â€˜Queenâ€™s Award To Industry For Export Achievementâ€™ beating off competition from many other manufacturers.
The award ceremony took place at a luncheon in the Cotswold suite at Londonâ€™s Selfridges Hotel on Wednesday, 26th July 1978.
The then current fashion for coloured vinyl seemed to be an ideal way to present this special edition of 200 copies recalls Watts â€˜We came up with the bandâ€™s original colours â€“ purple and gold, as on the Queen 1 cover, these colour signified Queen in a way. We decided on a maroon and gold sleeve and a single in purple vinylâ€™. But it wasnâ€™t to be as the whole project became a corporate event, with the powers at be from EMI getting involved, Watts had no option but to relinquish control of the production to a separate team, he did however insist that they get the job right.
Watts fears came true when the record came back from EMIâ€™s, Hayes pressing plant, it wasnâ€™t purple at all, but blue. As the run was only 200 copies it wasnâ€™t worth changing. EMIâ€™s, Hayes production controller John Tagg had not even been told that the vinyl should have been purple, and acting on corporate directives â€“ pressed the record in blue. â€˜The granules were specially formulated for the projectâ€™ he recalled.
Pressing a run of only 200 blue vinyl singles instead of the usual large runs of black vinyl was no easy feat, with Tagg and his team having to isolate the special edition from the rest of their system. Getting a pure blue strain of vinyl was also very time consuming, and the Queen single took about three days to produce, costing Â£4 to Â£5 per copy, where the usual rate was normally 50p. To finish off the record, full colour â€˜Night At The Operaâ€™ crest labels were printed and added to each disc, each was then hand numbered on the A-side and again and the back of the special purple sleeve.
Credit cards and shipping details We accept all major credit cards. Please contact us for exact details. Shipping is additional and charged at cost price. Please contact us for an exact quote.

Grading System Explained Mint = As new. Near mint = Almost like new with one or two very minor flaws. Excellent = Minor wear yet looks attractive and is perfectly usable . Very Good = Some wear and tear but overall presentable and usable. Good = Apparent wear and tear but with obvious deterioration of the condition. Poor = Extremely worn. A plus or minus after the grading indicates that the condition is marginally higher or lower than the stated grade
Click on the guitar to view our other eBay auctions On 29-Apr-16 at 14:48:05 BST, seller added the following information:

We have played the record through and there are no jumps or pops on either side. 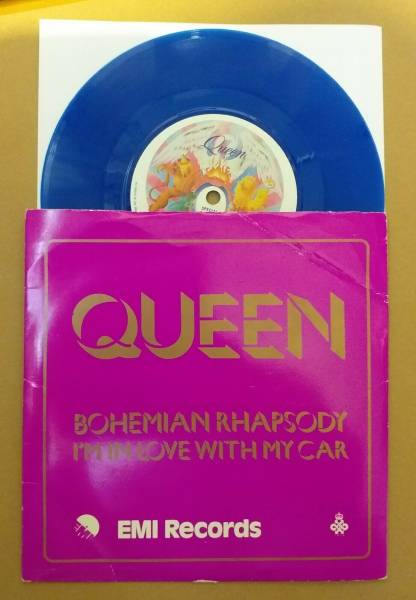 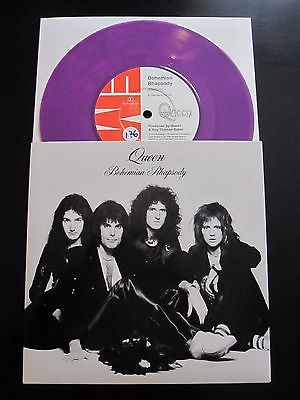 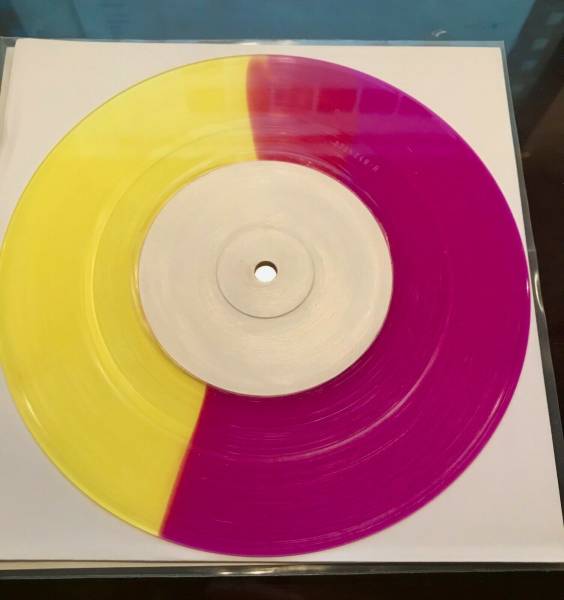 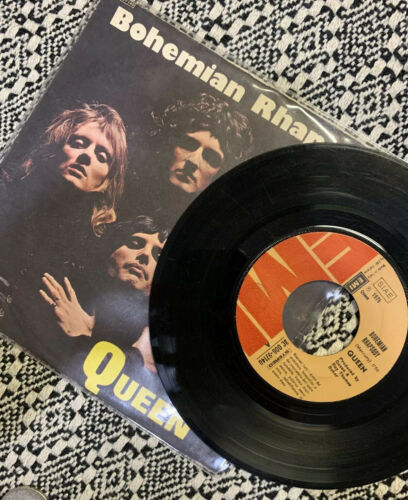 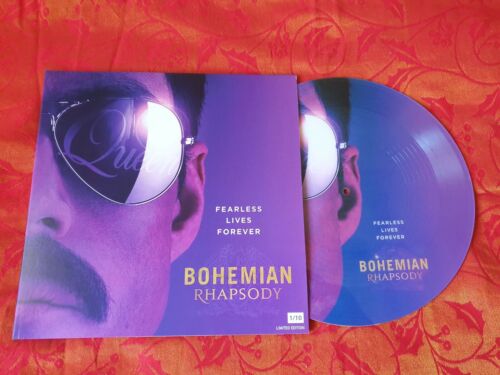 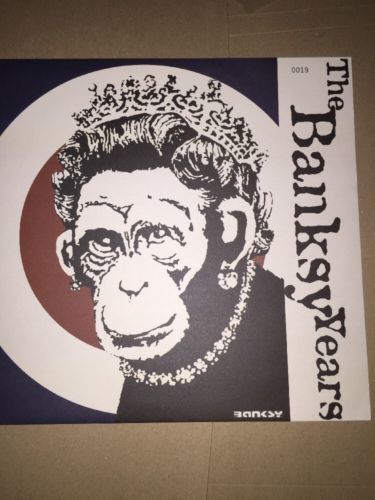 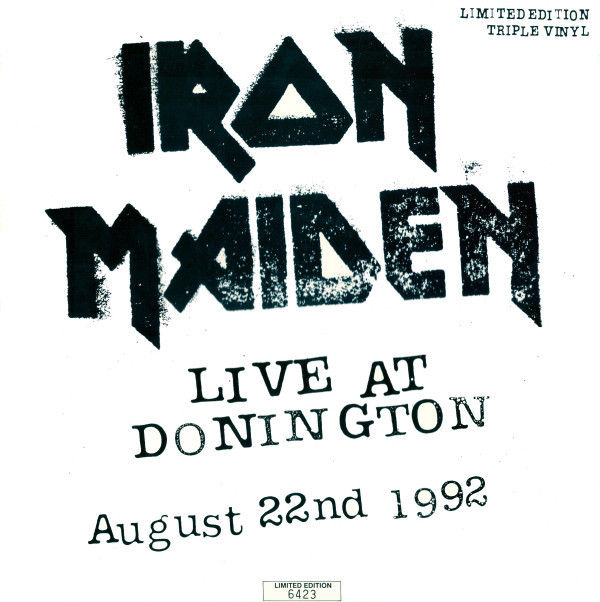 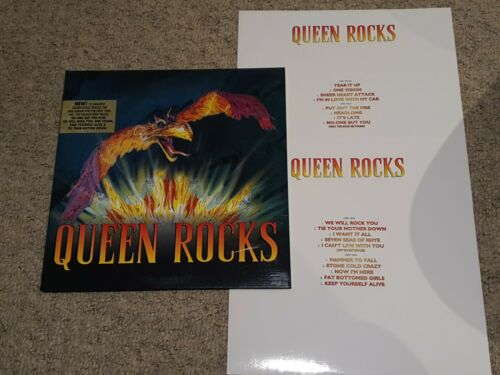