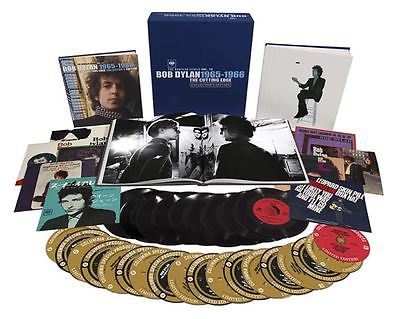 Limited, numbered edition of 5,000 units worldwide â€“ THIS COLLECTOR'S BOX IS SOLD OUT, AND WILL NOT BE REISSUED

All 379 tracks also provided in MPG format.Bob Dylan Anniversary Collection 1965 in MPG format.  (Collection consisting of 208 live recordings from Dylan's 1965 world tour.  The download was given as a Christmas gift to purchasers of The Cutting Edge Box Set).
Set is Like New. Only the outer shipping box was opened.  The contents of the box set have not been handled or played.
BUYER PAYS SHIPPINGSorry I am not able to ship this item internationally.
Thank you and good luck!